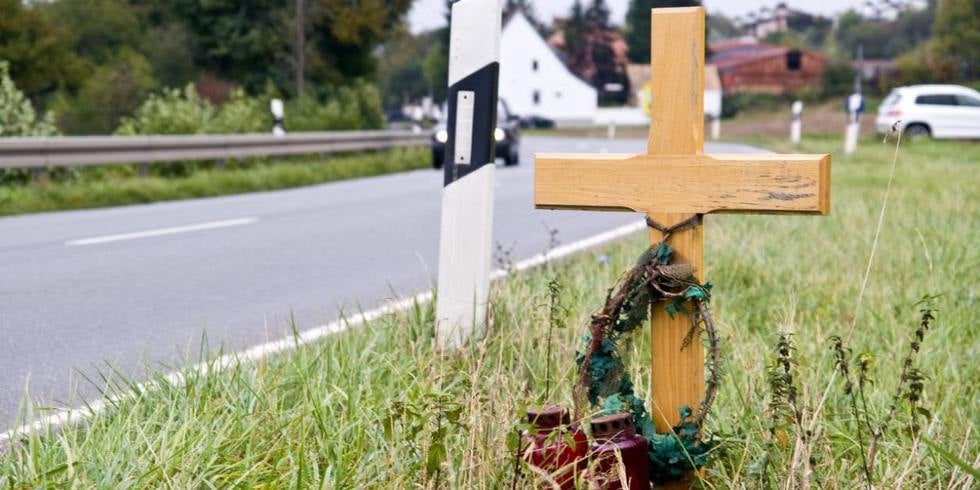 Like a lot of you commuting this morning, I woke up to news that a fatal head-on car crash happened in the early morning hours.  A black Ram 1500 pickup was traveling westbound State Route 18, and crossed the center line and struck a Honda passenger vehicle head on.  The driver of the black pickup was transported to Harborview in serious condition, however, he was talking and alert at the time.  Two people are dead, one man is in custody at a hospital, and nearly nine miles of State Route 18 were closed to traffic between Issaquah-Hobart Road and I-90.  Read more about this particular fatal crash here and here.

Needless to say, countless lives were affected.  The two victims are gone forever.  Their loved ones are forever emotionally impacted.  The truck driver is facing two counts of vehicular homicide.  And, everyday commuters along that stretch of road were detoured or forced to wait until the investigation was complete and the scene cleared.

Losing a loved one can be one of the hardest things you will ever go through. Losing someone as the result of an accident that could have been prevented is nothing short of a tragedy. Sadly, this happens far more often than you might think. If you have lost a family member or loved one and you believe that another person, or entity, was responsible for the death, then you may be entitled to file a wrongful death claim in the State of Washington.

A wrongful death is an unnecessary death that has been caused by the negligence of another person or company.  A wrongful death claim in Washington operates under the same general idea as a personal injury lawsuit in the sense that it holds a person or entity responsible for causing, or contributing to, the death of your loved one. For example, if your loved one was killed in a car accident and the other driver was at fault, you may have the basis for a wrongful death claim.

Washington's statutory scheme is complex, with five potentially applicable statutes, including three wrongful death statutes and two survival statutes.  The statutes are RCW §§ 4.20.010, 4.20.020, 4.24.010 (wrongful death statutes) and 4.20.046, 4.20.060 (survival statutes).  If you have lost a loved one through someone else's negligence, no amount of money can bring them back; however, the party responsible for their death should be held accountable.  You should be aware of certain “loopholes,” however.

Death of a Minor Child.

Death of an Adult Child.

Sadly, however, the parents of an 18-year-old child, even if he/she was still in high school at the time of the wrongful death, are not entitled to these damages under Washington law.  The statute that creates damages for loss of love and affection and destruction of the parent–child relationship applies only to the loss of a “minor” child.  The only exception would be if the parents were “substantially financially dependent” on the child for support which, in most cases, is unlikely.  The only recovery for the estate of the child are funeral expenses and loss of future income minus future consumption all reduced to present value.

Death as a Result of Injury.

Another unfair and shameful idiosyncrasy occurs where your loved one is injured and lives for a time then dies as a result of the injury.  The estate may recover the pain and suffering which was experienced before he/she died as long as the person is survived by a spouse, child or stepchildren.  If the person is not survived by a spouse, child or stepchild, the estate may still maintain the lawsuit if there is a sibling or a parent who is dependent upon the loved one for support which, again, is an unlikely scenario.  So, for example, as grieving parents of a minor child who lived for several weeks after having been hit in a crosswalk by a drunk driver, there can be no recovery for the child's pain and suffering.

Death of a Child of Non-Resident Parents.

Shockingly, Washington has a 100-year-old provision that discriminates against a person's race and national origin.  It allows only parents “who are resident within the United States” at the time of death to claim damages.  The statute was passed in 1909, in response to a foreign dockworker's family's recovery of damages from the International Contract Company. The case went to the Washington State Supreme Court, which rejected the company's attempts to evade liability: “We cannot think that workmen were intended to be less protected if their mothers happen to live abroad,” citing the “very large amount of foreign labor employed in this state.”  The Legislature, 3 months later, overrode the Court by amending the law during a period of xenophobic (and particularly anti-Asian) sentiment.

You may have heard about the Ride the Ducks tour company using that century-old law to dismiss all 5 Asian families' wrongful death lawsuits.  On September 24, 2015, five international students studying at North Seattle College died after the tour operator lost control and slammed into a charter bus traveling in the opposite direction on the Aurora Bridge. Unfortunately, these families will receive nothing due to this antiquated law.

The Law Offices of Torres & Haroldson can help.

Wrongful deaths are unnecessary and preventable deaths.  If you, or someone you know, has lost a loved one due to someone else's actions, contact our office today for a free initial consultation.  Call us at 425-458-3170 or email us at [email protected].  If your injuries prevent you from coming to our office, we will come to your home or hospital room to provide you with the service you deserve.